Barcelona and Spain in general is really well-known for its food. Huge markets can be found in the city of Barcelona: traditional fish markets, general food markets, flea markets and flowers markets are all legendary in the city. If you have the chance… go and visit them! You can choose among 39 markets! Here we show you some of the “must”. 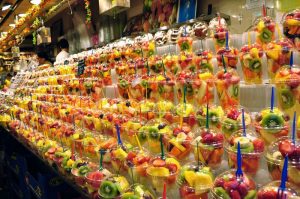 La boquería is one of the largest and probably the most famous market in Barcelona. Known for its fruit stands, has become an attraction to the many tourists that come to Barcelona every year. Not only buying, but you can also eat there, having a seat at one of the many countertops or picking up something while you go for a walk all around. Enjoy yourself sourrounded by the people, smells and the colours. 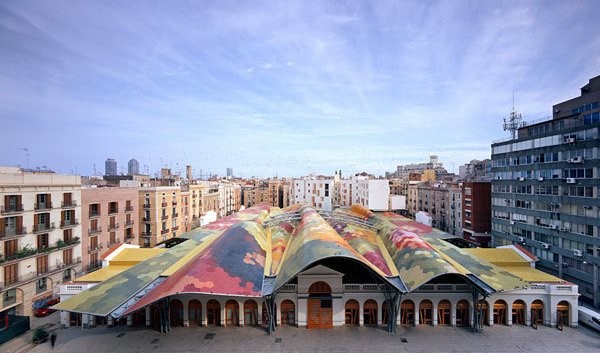 Just a few steps from La Catedral del Mar, designed by the Catalan architect Enric Miralles (Barcelona, 1955) and the Italian Benedetta Tagliabue (Milan, 1963), the modern market building was constructed on the site of the Convent of Santa Caterina, that’s why it’s named that way. Its undulating rooftop and the colours of the fruits and vegetables found in the market are one of the main attractions. 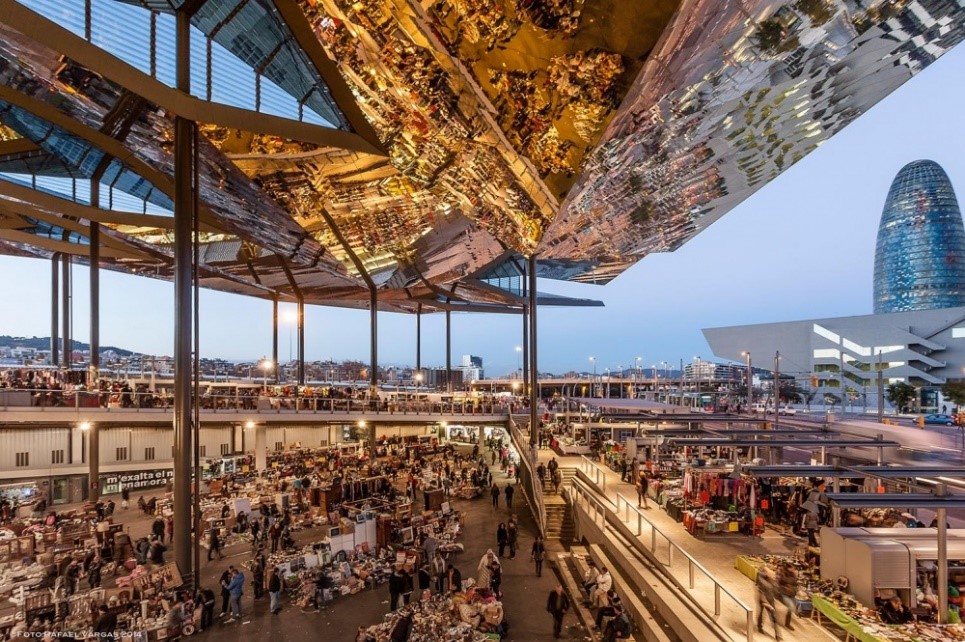 If you’re looking for something different, this is definetly your place! Full of stuff, from good bargain antiques to the oddest things you have ever seen, Mercat dels Encants is the refuge for thousands of stories waiting for someone to discover it. With a unique designed, closed to the Torre Agbar, its main characterize is probably the fact that the purchase-sale is done in an auctioned format, following the traditions of the Middle Ages. 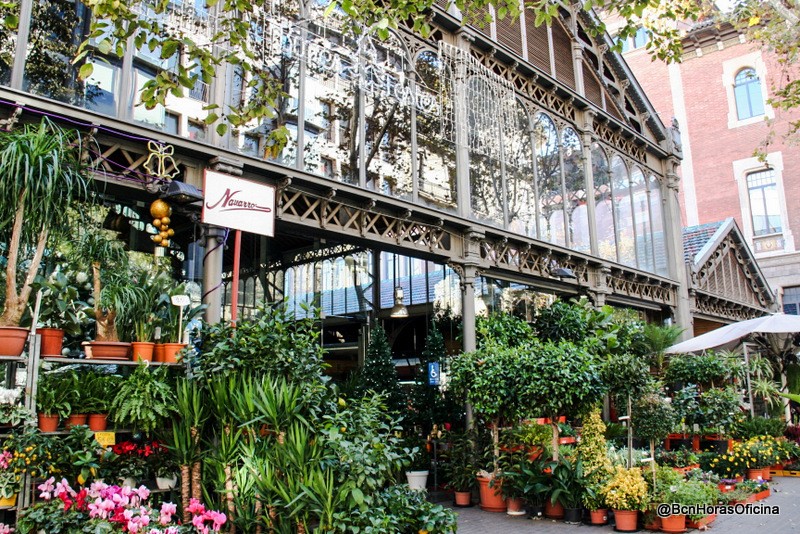 Opened up like a large warehouse, this market is also known as the Mercat de les flors, due to the amount of flowers that can be found as well as the differerents types of them. Not only flowers or fresh food, in this space you can also find a supermarket, an appliances shop and a bridge inside of it!

Go and discover the secrets that Barcelona holds!