Christmas is a special time to spend with your family and friends. At this time of the year, the city of Barcelona transforms itself and the streets are full of light, lots of things to see and do during these weeks.

In Spain and Catalonia they have their own traditions and customs which lead up to 6th January, which is Three Kings Day. The most important dates during Christmas are:

You can find several markets during Christmas in Barcelona but the most famouse are:

Fira de Santa Llucía, one of the city’s most popular and old Christmas fairs in the city (since 1786). It is located on Avinguda de la Catedral, near to Jaume I metro. Here you will find craft products and typical Christmas items such as Christmas trees, Navity figures, candles, Christmas decoration, toys, food, fairy lights etc. The stalls stay there from the end of November or beginning of December until Christmas.

Is celebrated with a big family dinner and on the first 12 seconds after midnight; a grape must be consumed at each bell chime for good luck in the New Year.

On the 5th of January, the 3 Kings (Melchor, Gaspar and Baltasar) arrive in Barcelona by boat. After, there is a big parade around the city of 3 hours, giving out sweets to the children. On the 6th of January, the childrens can finally open all their presents and enjoy the typical Roscón de Reyes (a ring-shaped cake) for the feast day of the Epiphany.

(*)The concept of the Christmas Uncle is that from the 8th of December, every night as a family you fill the log with a treat and then on the day of Christmas the wooden uncle is hit with a cane until sweets and other treats fall out. 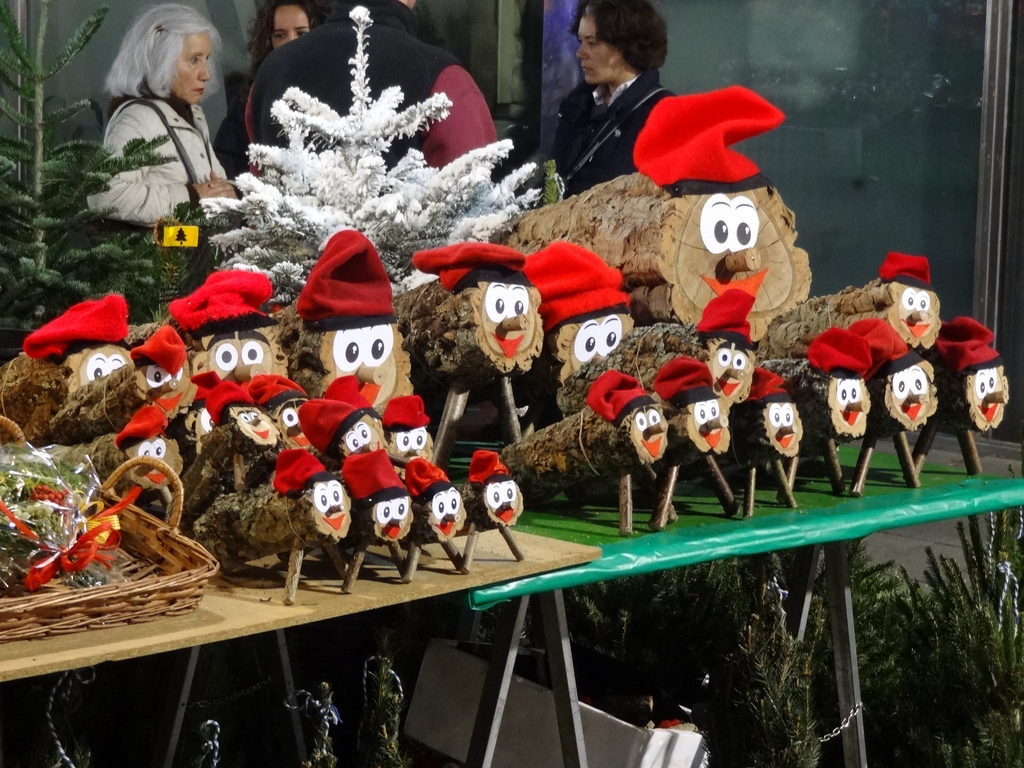