Barcelona is not only about the museums, Sagrada Familia and Gaudi. For those you who are looking for beautiful views and a few peaceful moments, then I recommend you go to the city’s largest park: Parc de la Ciutadella. It is located in Ciutat Vella, in Barcelona.

It all started in 1714. Barcelona was being victim of the War of the Spanish Succession, when the king Philip V of Spain decided to build a military citadel. The building was supposed to be a symbol of victory in the War of Succession. So, its original purpose was to protect the city and its inhabitants. And it became the largest fortress in Europe at the time. Unfortunately, around mid-18th century, the citadel was destroyed because it was hated and it had lost its use. Finally, in 1872 Josep Fontsére decided to build a beautiful contemporary park. Just in time to shine during the first World Exposition in Barcelona in 1888. The whole park got a glow up, with the addition of sculptures and various contemporary works of art.

More than just a park

The 70-acre grounds not only hold the most beautiful park in Barcelona but it also has a city zoo, the Museum of Natural Science and the Parliament of Catalonia. Fun fact, this city zoo was once home to the only known albino gorilla Snowflake.

The central point of the Park is the great cascade: Gran Cascada (aka Cascada Monumental). It was built between 1875 and 1888. The overall design of this cascade is Josep Fontsere’s vision. While, Antonio Gaudí was in charge of the hydraulics’ project. There you can also find a statue of the Venus Goddess. This sculpture was designed by Venanci Vallmitjana, a Catalan artist.

So if you are living here or you just came for a visit, we strongly advise you to spend an afternoon in Parc de la Ciutadella.  It’s the perfect place to host a picnic or to spend a lazy afternoon. All you have to do is bring a blanket, some sandwiches, cold drinks and a good sunscreen cream. Actually, many locals spend their Sunday afternoons here. 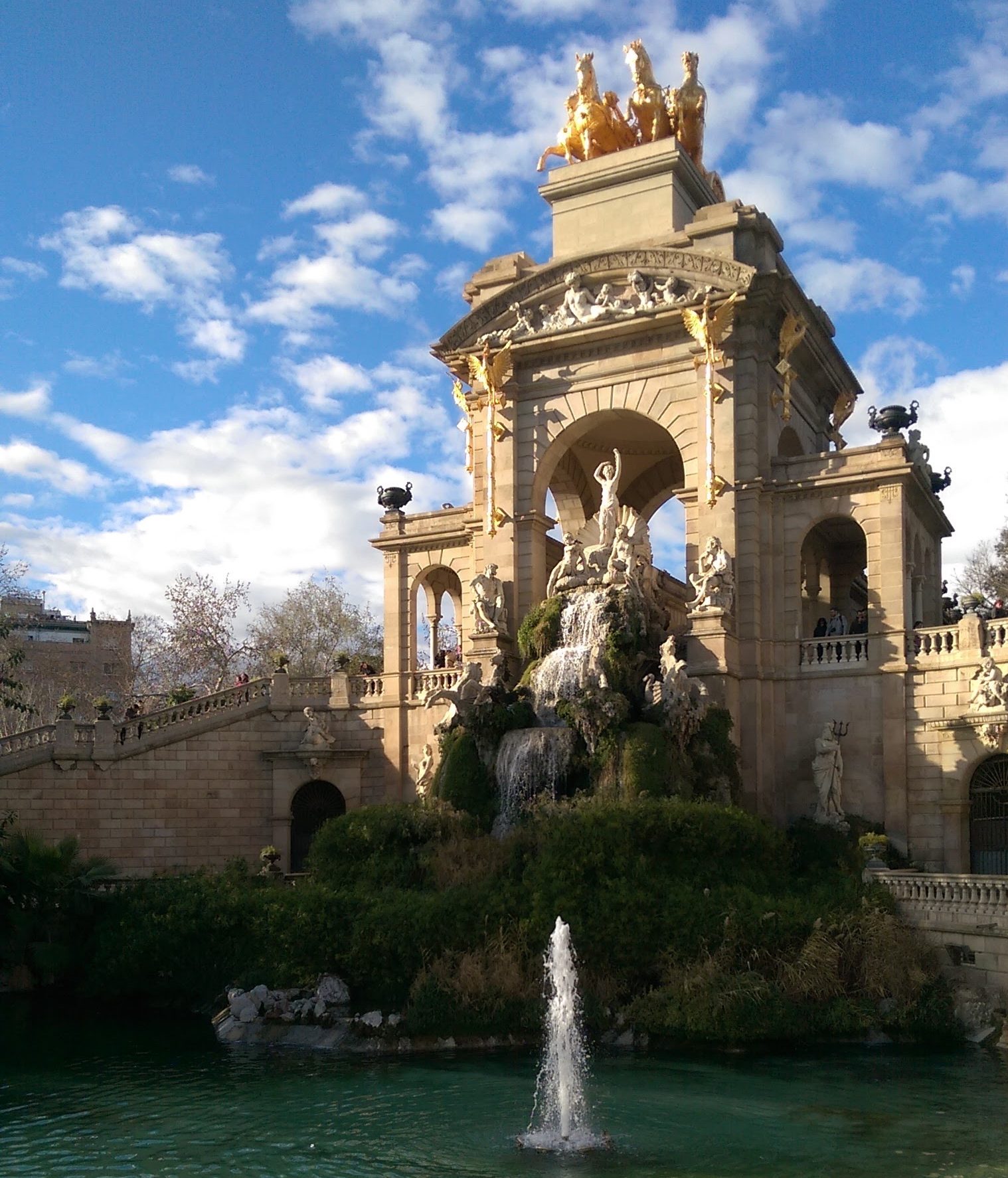 This Park if full of life! You can find various street artists that prefer to practice outside, or live performances from small bands and solo singers, among many others. The park is located very close to one of the most artistic neighborhoods, El Born. Meaning that you can combine a trip to the park with a quick visit to one of the most beautiful churches in Barcelona, the church of Santa Maria del Mar.

The most common way to get to the Parc de la Ciutadella is through the big avenue that leads to the Arc of Triomf. This triumphal arch has a height of 30 meters and looks really impressive. During the World Exposition in Barcelona in 1888, the arch was engraved with the inscription “ Barcelona rep les nacions” which means “Barcelona welcomes the nations” in Catalan. The arch was designed by Josep Vilaseca i Casanovas.