La Mercè is the annual festival (or how the locals call it: Festa major) of the city of Barcelona that takes place at the end of September. If you are living in Gaudí’s city or just planning to spend your September holidays here, you can’t miss this celebration! Although the actual feast day is September 24, the festivities will last from the 22 to the 25 of September.

Why do Barcelonians celebrate this day?

La Mercè has been an official city holiday since 1871, when the local government first organized a program of special activities in order to observe the Roman Catholic feast day of Our Lady of Mercy (La Mare de Déu de la Mercè in Catalan). This festival is also a way of saying goodbye to the summer and welcoming the cooler months of autumn.

The official date of La Mercè, 24 September, is a public holiday in Barcelona, and when the holiday falls on Monday as of this year, most people will take an extra day or two off work and make it into a long weekend (what is known in Spanish vocabulary as “Hacer puente”, which literally means ‘making a bridge’.

But if you decide to stay in Barcelona for these days, you will have the chance to to mix with locals and foreigners and participate in the more than 600 events spreaded throughout the plazas, streets, museums, and parks. Almost all the entertainment is free and the Barcelona’s metro trains will run all night during the festival!

Dragons, demons and several fire beasts represent dances and cavalcades with fire along the street. Almost 80,000 fireworks are fired! So we advise you to take protective clothing because often a powerful sparkler of fireworks are sprayed into the crowds.

There is normally 2 types of Correfoc on the same evening. One for children and other one for adults, which happens later on in the evening.

Where to see it: It starts in Via Laietana and ends at the Consulate of the Sea. 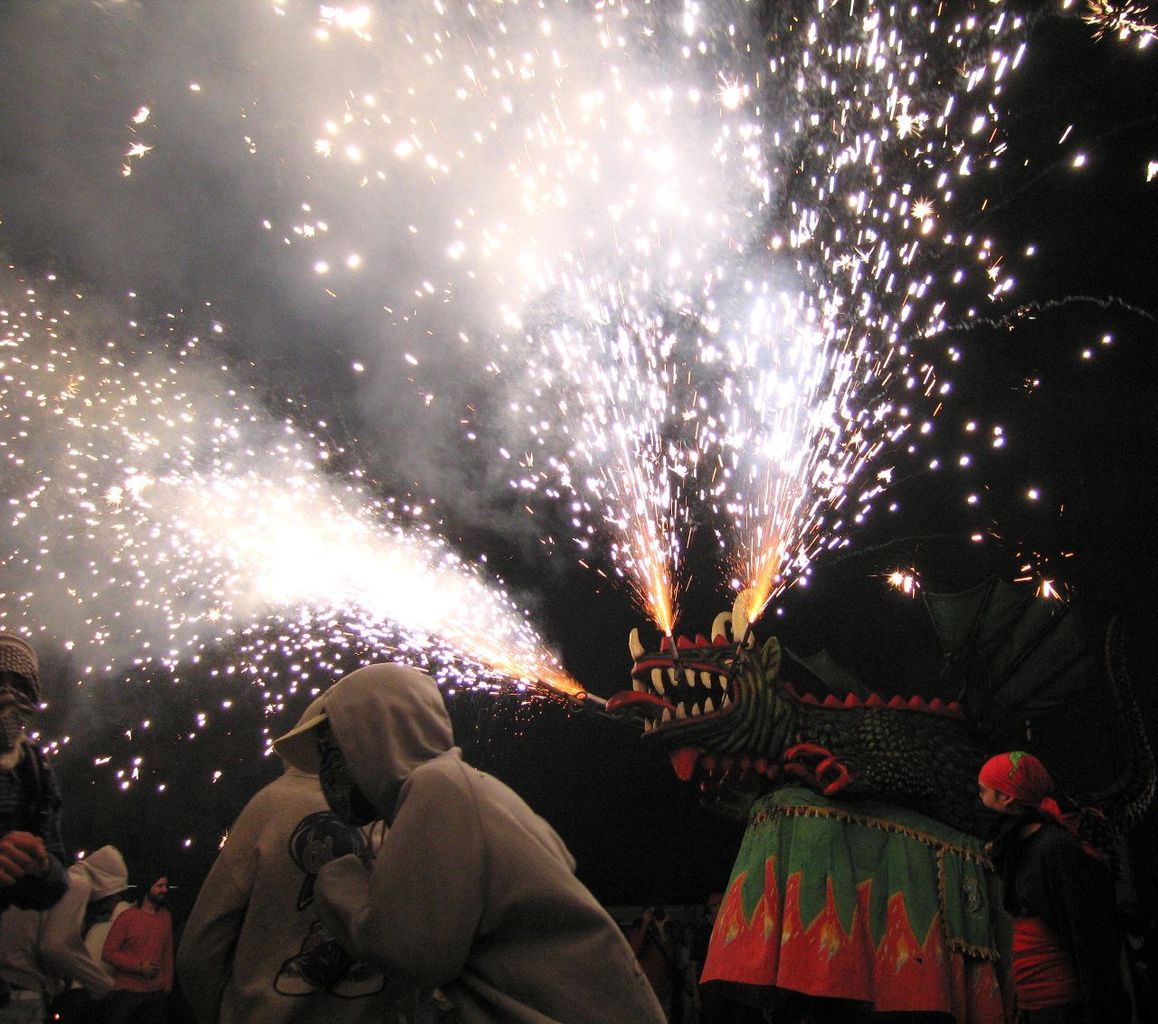 As usual, you will be able to enjoy several mapping spectacles, which will transform the facade of several buildings of the city. The main ones will be:

City Council: Rituals by Urbanscreen (from Friday 22 to Monday 25 from 20:30h until midnight).

Tísner Square: It will transmit live the City Council mapping and then the interactive film Last Shift will be projected, and the spectators will be able to alter the plot through a mobile app (Friday 22 and Saturday 23, from 21:30h).

Ciutadella waterfall: Terra Forma, by Ingvar Björn and the OST from Sigtryggur Baldursson (from Friday 22 to Sunday 24, from 22h to 01:00h).

Throughout the five-day celebration, the city will play host to 106 concerts, some of the highlights will include:

BAM brings a variety of concerts made by international music groups, which meet specifically in Barcelona for La Mercè! This year’s guest city is Reykjavik.

And The Zephyr Bones, Alien Tango and Malandrómeda. (Monday 25 from 18h).

These human towers are a cultural phenomenon and a must see in all the Catalan celebrations. The tradition, which is originated at the end of the 18th century, is still very important for the locals who take place on these amazing towers. If you haven’t seen it yet, you need to do!

Where to see it: Plaça Sant Jaume. 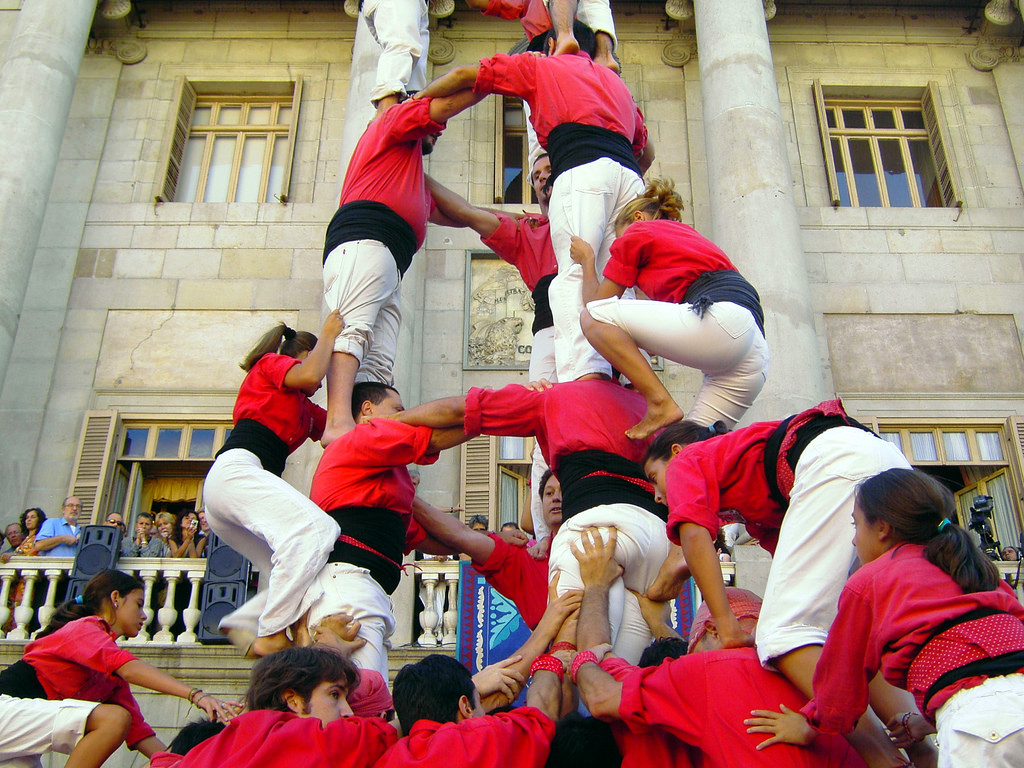 You are all invited you enjoy this celebration and don’t forget it is a good opportunity to learn a bit more about the local traditions and history!