Do you want to join the most colourful party ever? Barcelona Holi Festival is your place!

Holi Festival is an event that is nowadays celebrated all around the world. It all originated from the Hindi religion. It’s specially celebrated in India and countries such as Nepal, Sri Lanka and Malaysia. It’s a celebration dedicated to the arrival of spring. The main activity is to throw colorful powders and colored water to one another, as a demonstration of happiness. It’s all because they are alive, happy and full of magic, music and dance.

However, it wasn’t until a few years ago that this festival became popular in Europe, including Spain. But, it doesn’t caring a religious connotation anymore.

It was Jasper Hellman who, during a visit to the north-Indian Delhi in 2011, experienced the real Holi celebration. Then back in Berlin, he had the idea to bring this festival to Europe, and you already know the rest of the story. It has become a massive event that is celebrated in hundreds of cities all around the continent. 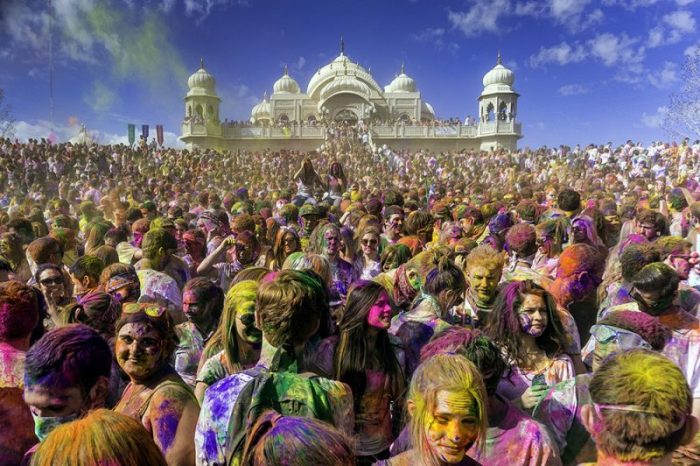 Holi Festival will take place this year in Barcelona on July 29th around 13:00 h, but this year in a new location: this year it will be celebrated at Plaça de l’Univers – Fira de Montjuïc. The prices variate from 15€ to 30€, this last one including five color bags and a Holi Festival t-shirts.

During the event, many Dj’s such as Umek BT, Sandro Silva, Wolfpack, Apstre, Erlke, Klejin or Uch will play music during the whole day. While everyone is dancing, jumping and having fun, there will be a countdown in order to throw the powders all together, converting this area of Barcelona into the most colourful and happy place in the city.