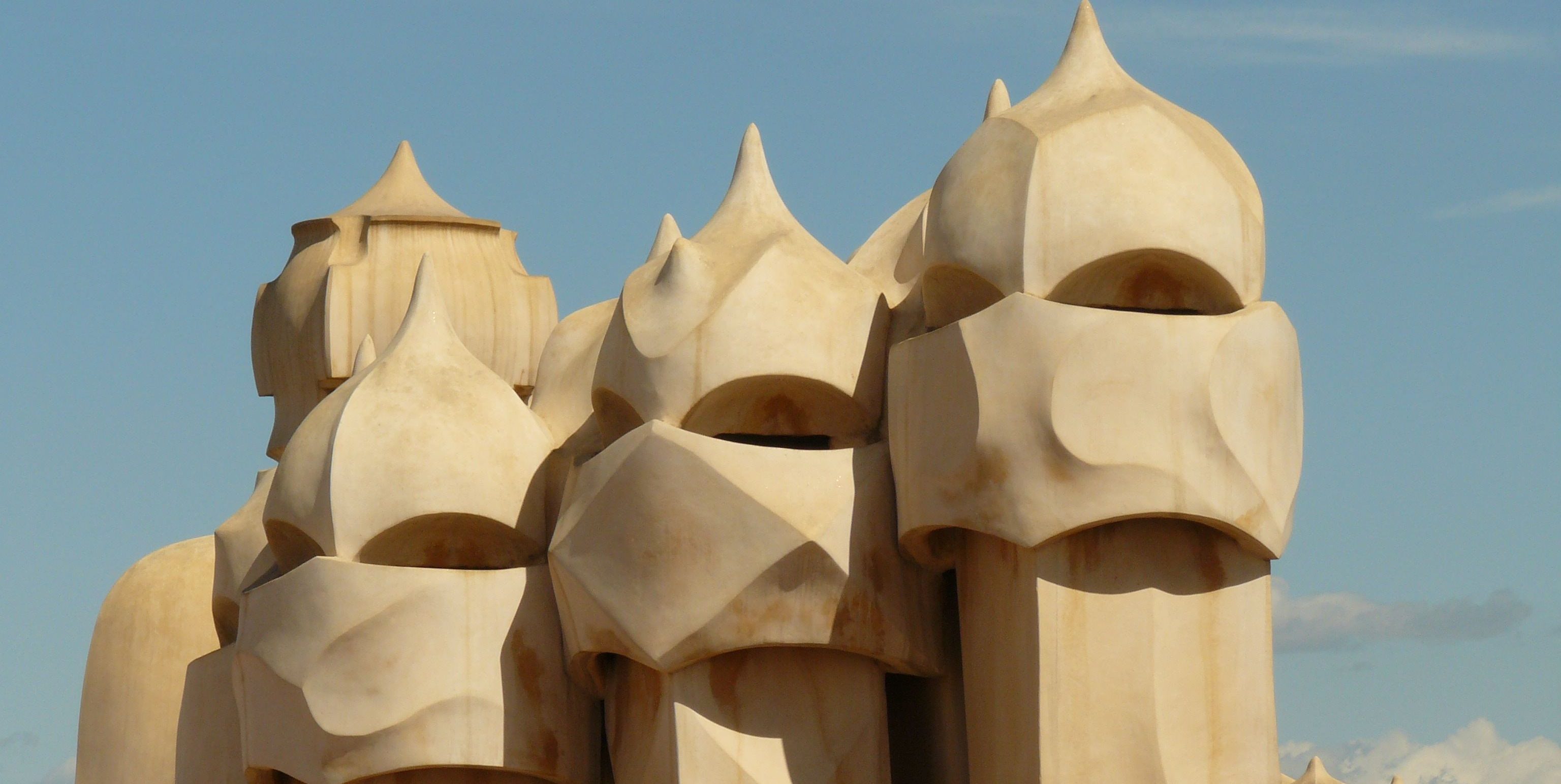 Antonio Gaudí is the creator of many fabulous buildings in Barcelona. His projects have become a symbol of this city and he is recognized worldwide. Without doubt, Sagrada Familia and Park Guëll are two of the most visited places in Europe. Even if you have never been in the Catalan capital, you might still know them. Of course, the residents of Barcelona have a reason to be proud of all this culture. Also because no other city can boast such a renowned architect, that has works that still take your breath away.

In fact, he is a great example to follow. At the beginning of his career, he took every order he could get his hands on. From designing kiosks, gates, fences, walls, etc. Even though many his acquaintances complained about his lack of customers.

Then his first major project was to work on the residence of the entrepreneur Manuel Vicensego. The Casa Vicens combined innovative influences of Moorish architecture with a Neo-Gothic style. However, the turning point in the life of the architect was to get back in touch with his good friend Eusebio Guell. The Barcelona entrepreneur appreciated a lot the ideas of the young architect. So, he made him the founder of many of his projects.

In the work of Gaudí, you can find multiple times Gothic influences. Actually, his main trademark was to use arches, with intricate patterns of liquid and organic forms. Moreover, the architect created buildings with unique shapes. Most of the time, he got his inspiration from nature and the underwater world. He was also known to test different materials and techniques.

He left the world without finishing his most ambitious project: Sagrada Familia. But we are lucky that he left behind so many other beauties. Some of them are Casa de los Botines in Leon, Park Güell, Casa Batlló, Casa Mila (La Pedrera) and Villa Qiujano.

It is undoubtedly the most important work of his life. Probably no other sacred sanctuary in the world can compare to this one. It is one of the most distinctive buildings in Spain.

Here is a little bit of background story. In 1883, Antoni Gaudí took over the management of the construction of the church, which was intended to be a Cathedral for the poor. Initially, the basilica was supposed to be very simple. A classic church in cross shape with a neo-Gothic style.

Immediately, Gaudí decided to adapt the whole project to his style. He give it a unique character. Thus, we would be spending over 15 years of his life on this project. By the time of his death, he had only been able to build one of three main facades. However, the project continue until present day.

During the designing of the Cathedral, Antoni Gaudí drew inspiration from the Mother Nature. It was supposed to resemble one huge organism. Each element of the basilica is different from the others. Everything was carved separately, following the principle that in nature there are no two identical things. The main part of the church, the facade of the Nativity, represents: Faith, Hope and Love. It was the only part fully completed during the life of the Artist. Then over last 20 years, it has been under construction. Above the church, you can observe eight of the twelve spires. They symbolize the twelve Apostles, and measure over 100 meters in height.

Unfortunately, La Sagrada Familia was hit with the financial crisis that affect the whole country, slowing down the progress. But completion is scheduled for 2026.

It is also worth mentioning that some of Gaudí´s projects were destroyed during the Civil War. But, despite this, the unfinished basilica is still impressive and is a main attraction in Barcelona.

As crazy as it seems, this basilica became Gaudí´s life. This is why in 1920 he decided to live on site. As a result, he completely lost any contact with the outside world and that made his health worse. However, he regularly walked a distance of 15 km to the church of Santo Felipe Neri. His daily pilgrimage required to pass through the busy street of Gran Via. This would lead to his death, on June 17th 1926. On that day, during his daily walk to confession, Gaudí was hit by a tram along the Gran Via de les Corts Catalanes. At the hospital, no one was able to recognize him so he was mistaken for a homeless beggar. All this because he was wearing his slippers and clothes tied with string, and his pockets were full of nuts. He died within three days.

His death really moved the inhabitants of Barcelona. On the streets thousands of people gathered, and at the funeral crowds came. Although, not all of them were devotees of his architecture, they admired him as a man and as a local patriot. Also because he fervently loved Catalonia and rarely left it.  Finally, according to his own wishes, the artist was buried in the basement of the Cathedral.